Dr. W.H.Schuessler identified twelve minerals in 1873,  which he believed that are vital to human health. Schuessler was a German doctor of medicine, who was also a biochemist and homeopath.

There are certain essential minerals that the body requires, in proper balance, in all of its cells.  Deficiency of such minerals may lead to disorders.

Biochemic Medicines / Tissue Salts are these twelve minerals in homeopathically prepared formulations, which are highly diluted.

The salts are taken in the form of small tablets, dissolved on the tongue.

To learn more about biochemistry, read this article.

Dr.Edward Bach (1886-1936) was the founder of Bach flower medicine. He was a British physician and well-known pathologist, immunologist, and bacteriologist.

Therefore, he started looking for soul remedies that could influence the causes of an illness.

For seven years he searched for and found the 38 flower remedies that would satisfy the seven major negative states of mind: Fear, Uncertainty, Insufficient Interest in Present Circumstances, Loneliness, Over-sensitivity to Influences and Ideas, Despondency or Despair, Over-Care for the Welfare of Others.

The Bach flower remedies are effective in balancing out the negative states of mind that plague man.

To learn more about Bach Flower, read this article. 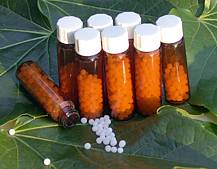